Spices as Powerful as Medicine! 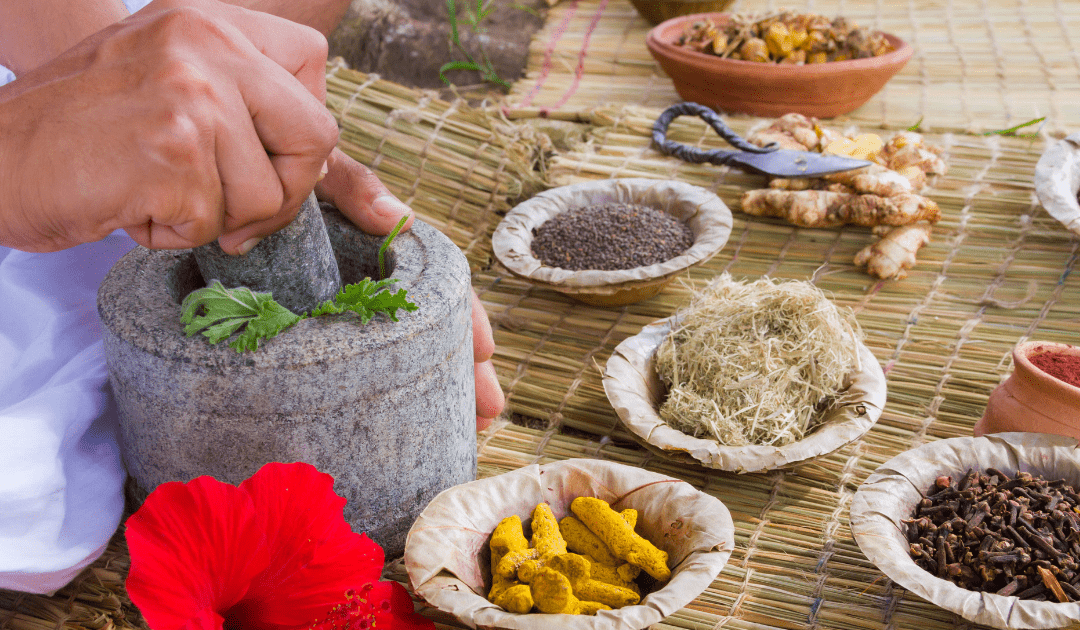 Wouldn’t it be great if you could protect yourself and your family family from a whole host of diseases simply by making the food you love taste even better? Well you can! Top scientists, doctors and nutritionists are finding that just that sprinkling herbs and spices on your food is a great way to stave off everything from indigestion to heart disease—even cancer and diabetes!

Intrigued? Read on to discover how the miracle cures already in your spice rack may mean not having to turn to your medicine cabinet again!

Rosemary prevents breast cancer!
Cooks who favor this pine-scented seasoning significantly boost their protection against breast cancer! The credit goes to the natural chemical in rosemary called carnasol, which helps shield cells from the DNA damage that can trigger tumors. Studies also show that compounds in Rosemary can reduce chronic inflammation, another condition often associated with cancer.
•Bonus benefit: Boost your memory! New research shows that breathing in the scent of rosemary helps people score higher on long-term memory tests!

Fennel cuts cramps!
Do you struggle with severe menstrual cramps? A recent study found that women who took 25 drops of fennel extract starting about three days prior to and during their periods experienced far less of the swelling and uterine contractions that cause cramping. In fact, researchers say, the fennel was as effective as a prescription pain reliever! Fennel is generally very safe but because it acts on the uterus, avoid it during pregnancy.
•Bonus benefit: Pop some fennel seeds in your mouth to freshen your breath. “The licorice-like flavor neutralizes his foul odors,” says herbalist Stephanie Tourles.

Turmeric halts heart disease!
Turmeric is loaded with Curcumin, and antioxidant known to lower blood levels of cholesterol and other fats. “This keeps them from clinging to artery walls and leading to heart attacks, “says Ray Sahelian, M.D. Plus, curcumin inhibits platelets from clumping together, reducing the risk of blood clots. The suggested dose: a 500 milligrams supplement daily, advises Thambi Dorai, Ph.D., of the Comprehensive Cancer Center at our Lady of Mercy Medical Center in New York City. As always, talk to your doctor before taking this or any other supplement.
•Bonus benefit: Research indicates that regular consumption of turmeric can cut your risk of developing precancerous colon polyps by 40% in just three weeks.

Ginger relieves arthritis aches!
It may best be known for its ability to quell wooziness, but what new studies prove is that ginger is also a potent pain reliever! When rheumatologist Ray Altman, M.D., tested ginger supplements on 250 patients with arthritis of the knee, he found that it reduced their pain and suffering far more than a placebo! the dose he used: 255 mg. of ginger in pill form twice a day. “Ginger appears have an anti-inflammatory effect and may also tame nerve receptors,” explains Neil Barnard, M.D.
•Bonus benefit: It also eases sore muscles. “Mix 15 jobs of ginger oil with warm vegetable oil and massage on sore areas,” advises Tourles.

Oregano shields you from cancer!
An apple a day is one way to keep the doctor away…but would you believe a slice of pizza spiked with oregano is even more effective? It’s true: 1 tablespoon a fresh oregano delivers 42% more cancer-fighting antioxidants than an apple—and 30 times more than a potato, 12 times more than an orange and four times more than blueberries! “Oregano contains very high concentrations of rosmarinic acid, one of the most potent antioxidants around,” explains Polk. “It’s particularly effective against breast, endometrial and ovarian cancers.”
•Bonus benefit: It fights yeast infections! A new study found that oregano compounds prevented the growth of candida—the micro organism that causes yeast infections.

Adding herbs to your favorite dishes adds flavor, variety and color. Antimicrobial herbs provide all of that – PLUS they give your health a major boost.

Antimicrobial herbs have a unique ability to destroy and inhibit the growth of disease-causing microorganisms. This takes major stress off of your immune system, helping to stimulate it and thereby helping you to fight off a wide array of potential infections.

Antimicrobial herbs are capable of taking on a large variety of microorganisms, such as:

You may already be familiar with the following antimicrobial herbs, but their potent disease-fighting properties may surprise you. We recommend they be added generously to your cooking!

1. Chili Peppers
Chili peppers contain a substance called capsaicin, which is what makes them so spicy (the spicier the pepper, the more capsaicin it contains). Capsaicin is also an anti-inflammatory compound that helps with pain relief and many other ailments.

Contrary to popular belief, chili peppers do not cause stomach ulcers. In fact, they help prevent them by killing bacteria you eat. They also contain vitamins C and A, which boost immunity and help fight off potential pathogens.

2. Clove
The active compound in cloves, eugenol, combines with other clove components to make this pungent spice highly anti-bacterial. It’s also anti-inflammatory and the compound has been studied for use in preventing:

Because clove extracts are anti-bacterial (and provide a mild anaesthetic), they’re used in the United States for dental procedures like root canal therapy and temporary fillings. They’re also used in some sore throat sprays and mouth washes.

Did you know? Cloves are an excellent source of traditional nutrients too, including omega-3 fatty acids, dietary fiber, vitamin C and magnesium.

3. Garlic
Allicin, one of garlic’s healthy compounds (and the one that gives it its odor), has powerful antibacterial and antiviral properties. When combined with the vitamin C in garlic, these compounds kill harmful microbes and fight diseases including:

Garlic is also a potent antibiotic, fighting a wide range of pathogens, and studies show it even appears to fight antibiotic-resistant strains of bacteria.

Did you know? Along with being able to lower blood pressure, insulin and triglycerides, allicin may also help prevent weight gain. A study on rats — published in the December 2003 issue of the American Journal of Hypertension — found that rats’ weights remained stable or decreased slightly when allicin was given along with a sugar-rich diet, while other rats’ weights increased.

4. Mustard Seed
Researchers from the University of Manitoba in Winnipeg, Canada found that the antimicrobial properties of mustard seed are so strong that when powdered mustard was added to hamburger meat, it killed E. coli bacteria.

The compound responsible for this effect is allyl isothiocyanate. The U.S. Department of Agriculture reported that this potent compound can fight off not only E. coli but also listeria, Staphylococcus aureus and other foodborne pathogens.

Unfortunately, prepared mustard that is typically consumed in the United States does not contain this healthy component.

Did you know? Isothiocyanates in mustard seed have also been studied for their ability to inhibit the growth of existing cancer cells and protect against the formation of new ones.

5. Sage
Sage is a powerful antimicrobial that is known to kill fungi, including candida albicans, and other microbes such as salmonella. Sage leaf extract is also known to kill the microbe that causes gingivitis.

Sage is an anti-inflammatory and antioxidant. It contains flavonoids, phenolic acids and oxygen-handling enzymes, all of which give it a unique ability to prevent oxygen-based damage to cells. Sage may be useful in fighting rheumatoid arthritis and other inflammatory conditions, bronchial asthma and atherosclerosis.

Did you know? Sage is also good for your brain. A study in the June 2003 Pharmacological Biochemical Behavior found that people given sage essential oil extracts had significantly improved recall abilities compared to those given a placebo.

6. Rosemary
Rosemary has both antibacterial and antifungal properties and is sometimes recommended to treat yeast overgrowth in the intestines.

Further, it is known to stimulate the immune system, increase circulation and improve digestion.

Did you know? Rosemary has been traditionally regarded as a memory enhancer. Students in ancient Greece, for instance, would put sprigs of the herb in their hair while studying.

7. Thyme
Thyme contains volatile oil components that are known to fight a wide range of bacteria and fungi, including:

Recent studies have also shown that thyme can help prevent foods from becoming contaminated and even help decontaminate already contaminated foods. A study in the February 2004 issue of Food Microbiology found that thyme essential oil decontaminated lettuce contaminated with Shigella, an infectious organism that can cause diarrhea and intestinal damage.

Washing produce in a solution of just 1 percent thyme essential oil was also able to decrease the number of Shigella bacteria to undetectable levels.

Did you know? Thyme has been used for its antiseptic properties since the 16th century, both in mouthwashes and topically.